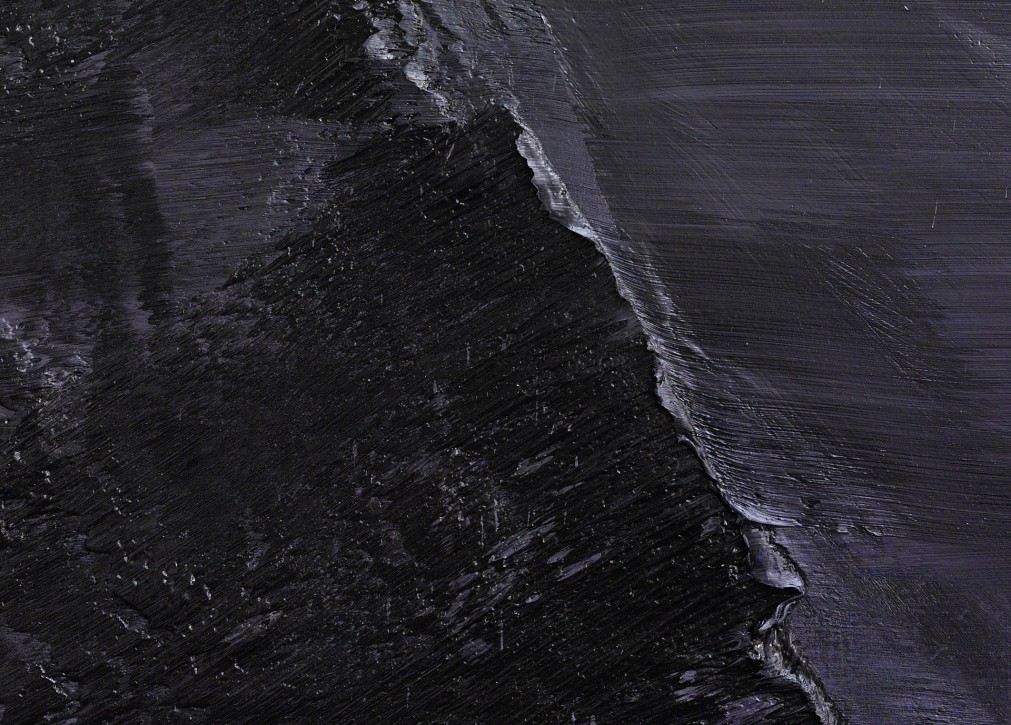 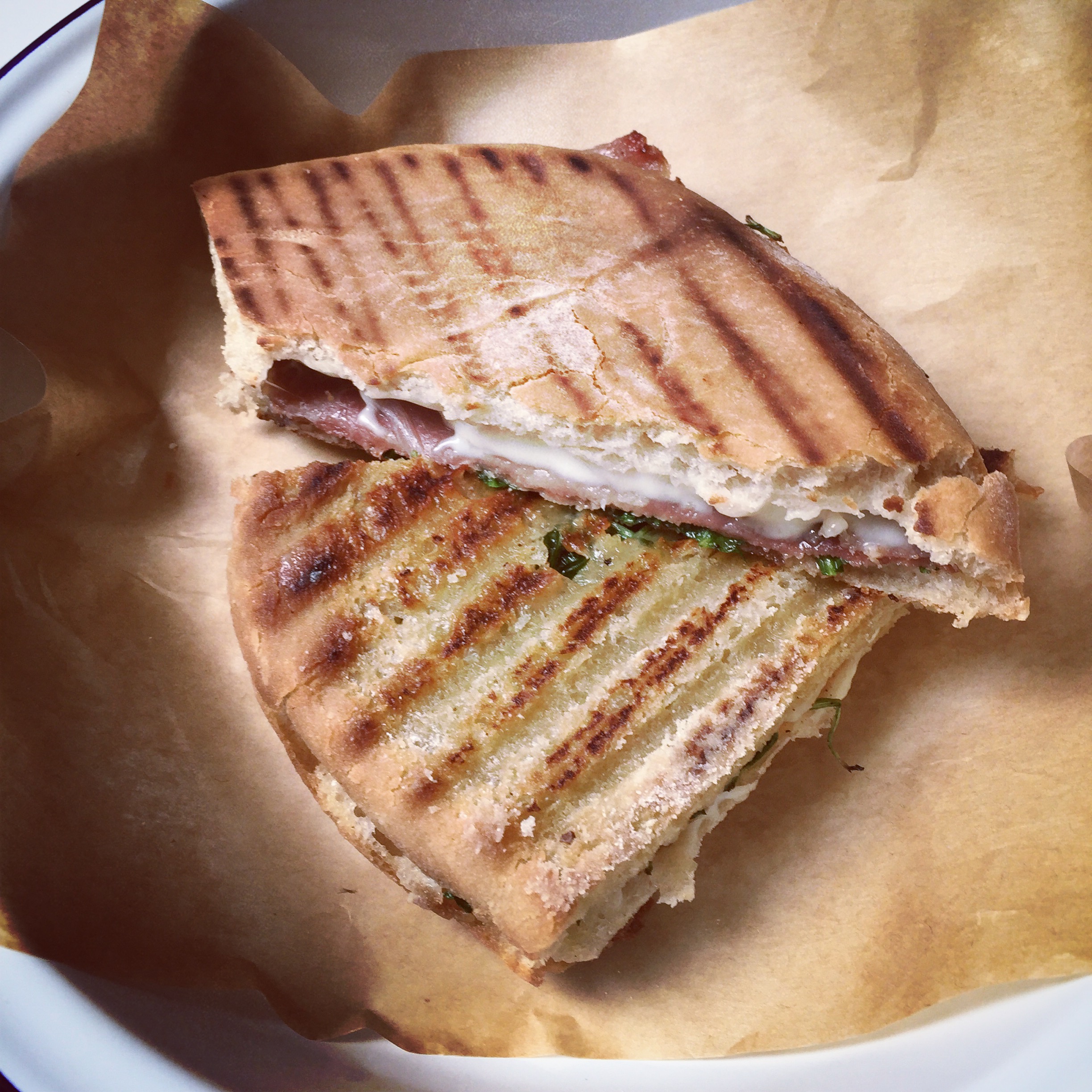 I’m never sure how to do this, other than: the Charlatans kicking it off with the best ones. That bit of masking tape letting me know the Albion was on course. Run them jewels (fast). King Creosote’s impromptu stand-ins in the Crow’s Nest making everything okay. Mavis Staples taking us there. Ain’t nobody tired. Singing happy birthday to the Dalai Lama. Belle and Sebastian in the Sunday evening sun. Who are you? 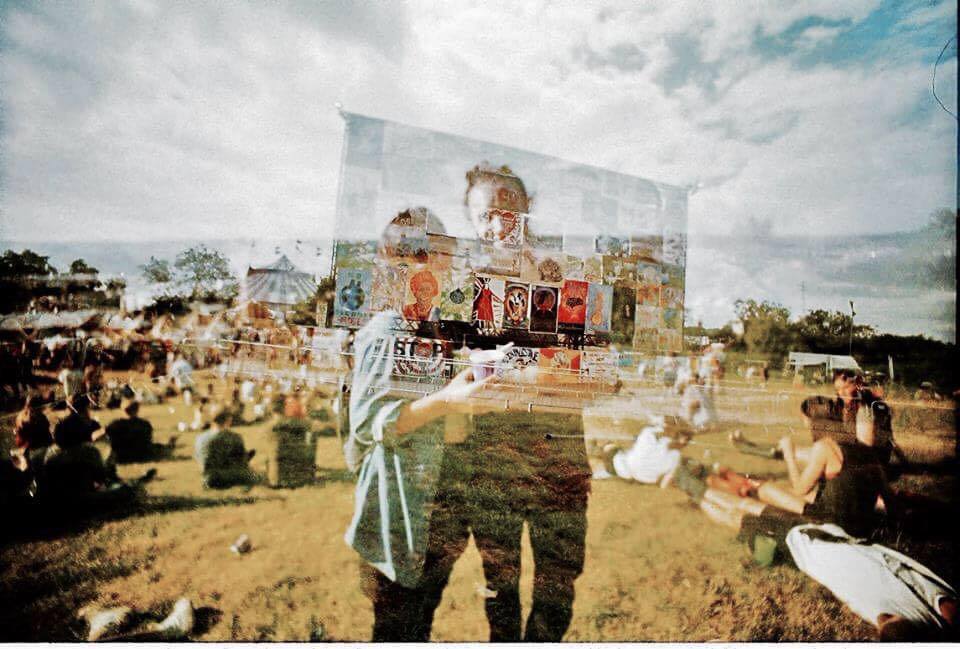 And here I find myself again, gearing up for my favourite few days of the year. Excited to watch one of my favourites in the world make his debut and worried about the rest. Nothing new. No biggie. See you all on the farm of dreams. 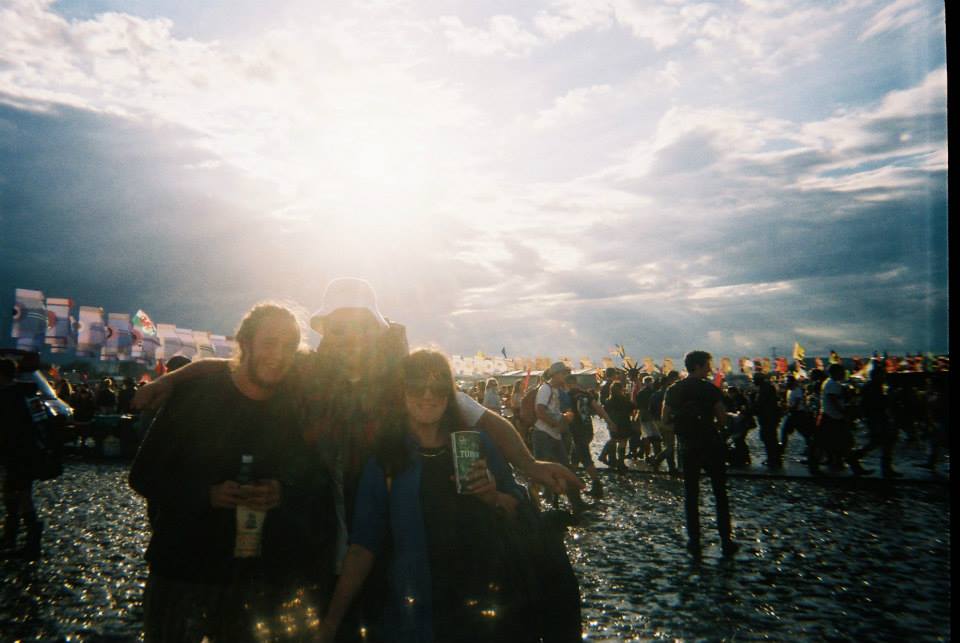 Standard
you waltz right in the door,
just like you’ve done before,
and wrap my heart round your little finger. 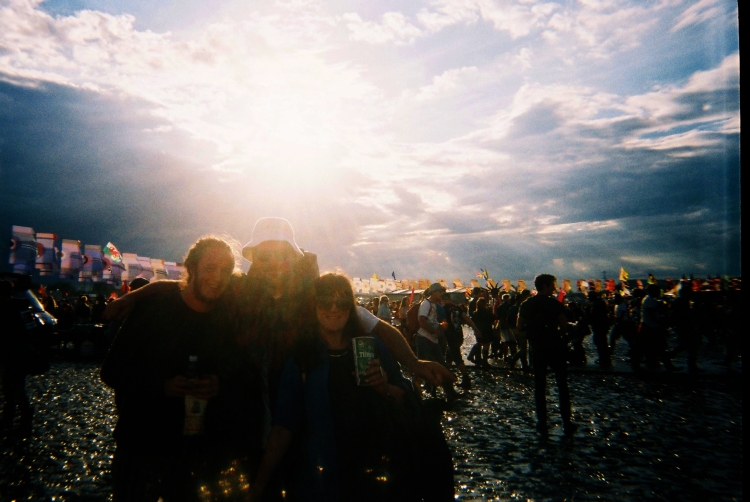 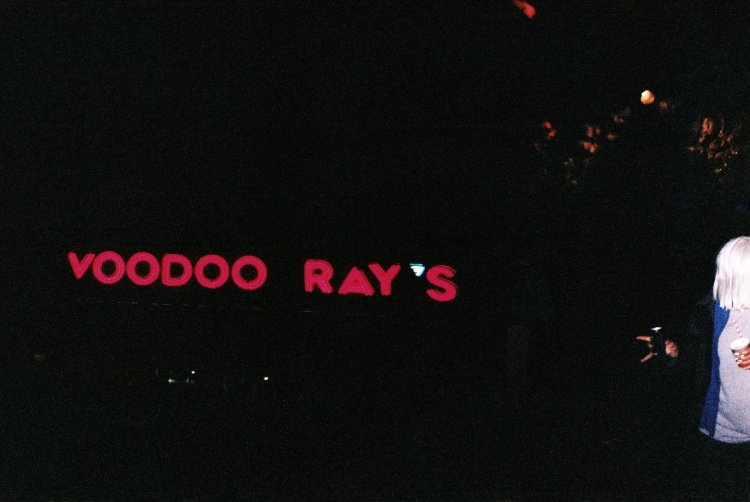 I may have mentioned Kitty, Daisy and Lewis at Glastonbury once or twice. So, I thought it would only be right that I share some snaps with you. Sunday lunchtime; we warmed ourselves up with Fisherman’s Friends and then headed up to the Fields of Avalon. Hottest tent ever (paper plates make great fans). I loved it. 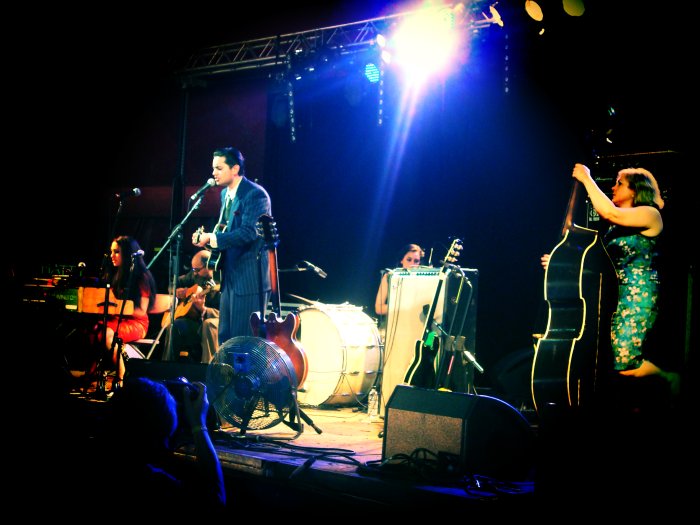 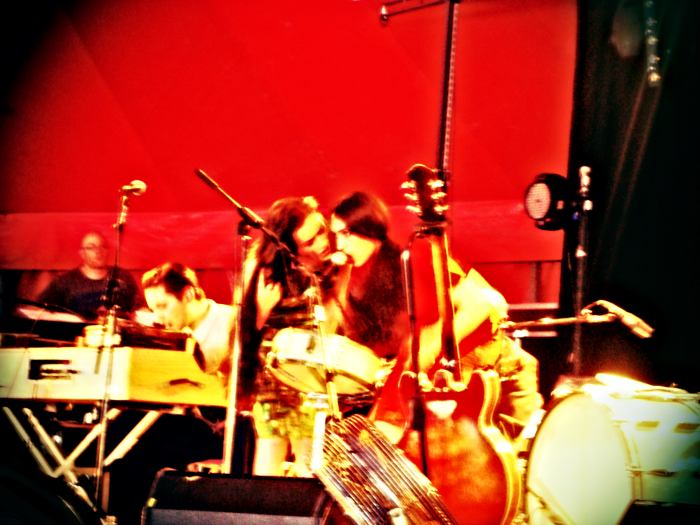 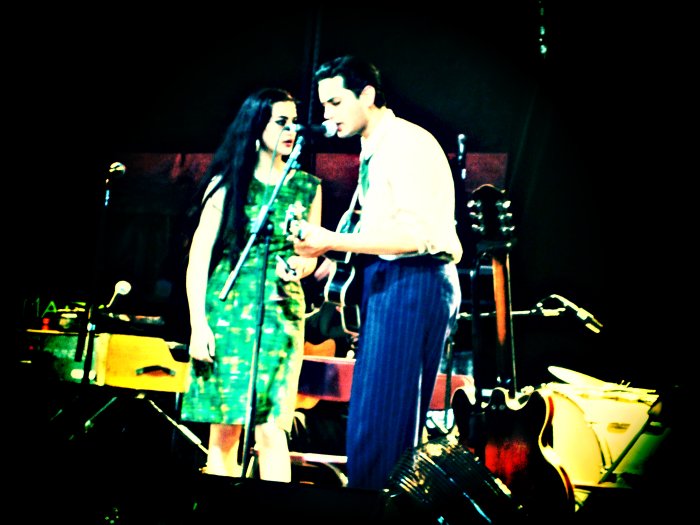 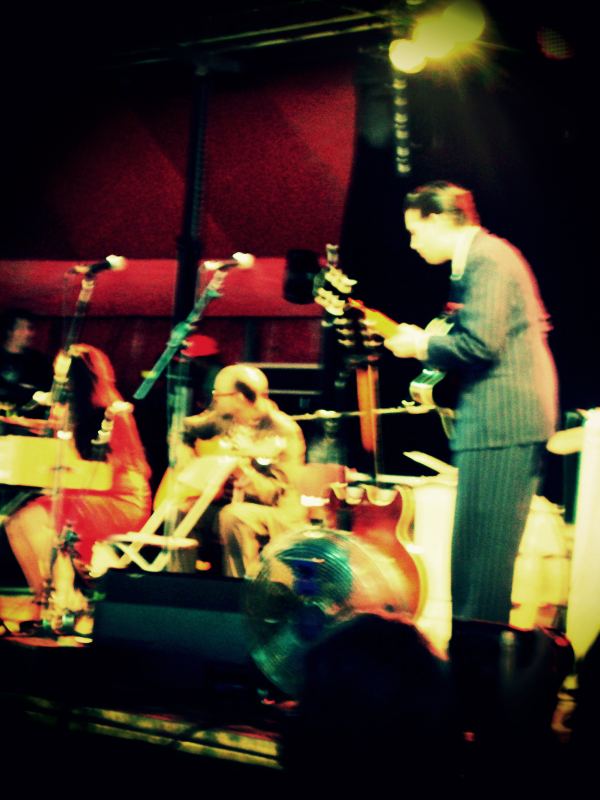 No prizes for guessing where I’ve been. I worked like a nutter in the week leading up to Glastonbury (my pay-packet handily landed smack bang in the middle of the farm). And then we went to Glastonbury. And then we came back on Monday. And then I’ve been recovering. And now I feel ready to talk. Of course it was wonderful, if a little hard work on the mud/sun front. Lots of pictures to come. And talk of breaking through a fence to see Jarvis. Finding hidden treasures in the Bimble Inn. Falling flat on my face on my way in. Popping to Cuba (ok, Cubana) for cheeky mojito sugar-fixes. And eating an obscene amount of pies. You know, just the usual. 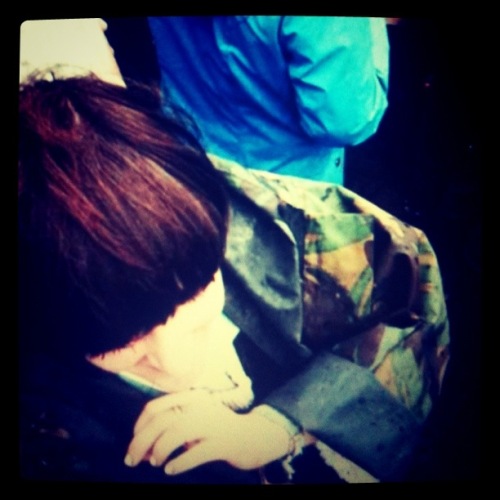 Our Glastonbury tickets have just arrived. On a Sunday! It’s a very peculiar process, but exciting nonetheless. This time in ten days we’ll be cooped up on a coach, sitting in dreaded motorway traffic somewhere or other, itching to set our feet on the farm of our dreams and get an eight-point-three-per-cent strawberry cider in our paws. We simply cannot wait. Obviously, it’s all about Kitty, Daisy and Lewis for me. 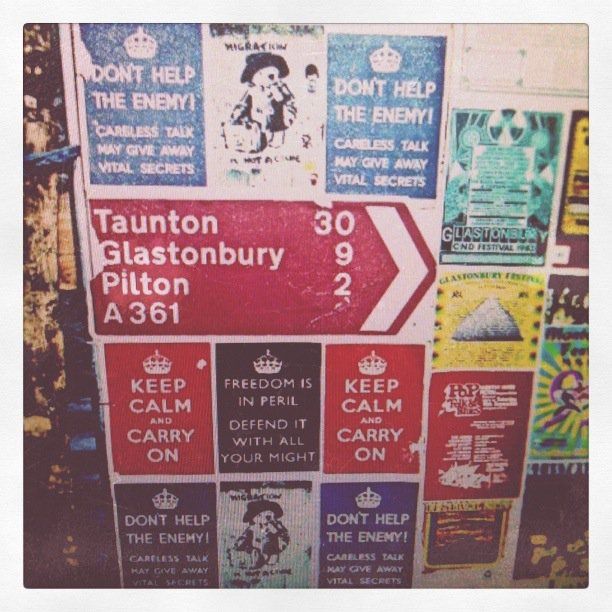 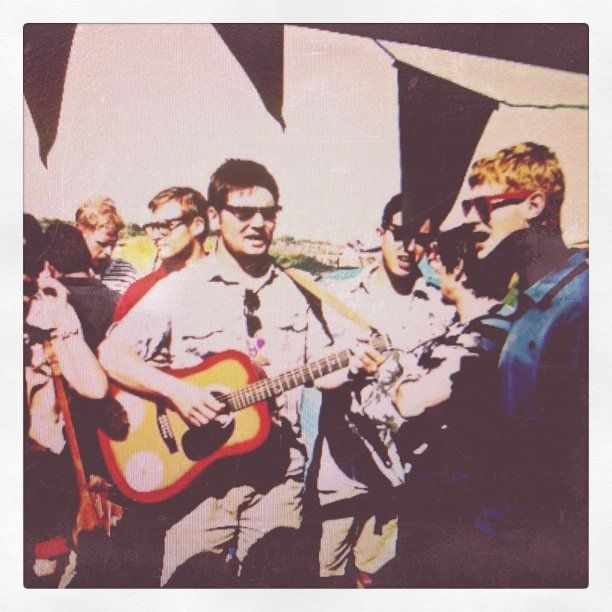 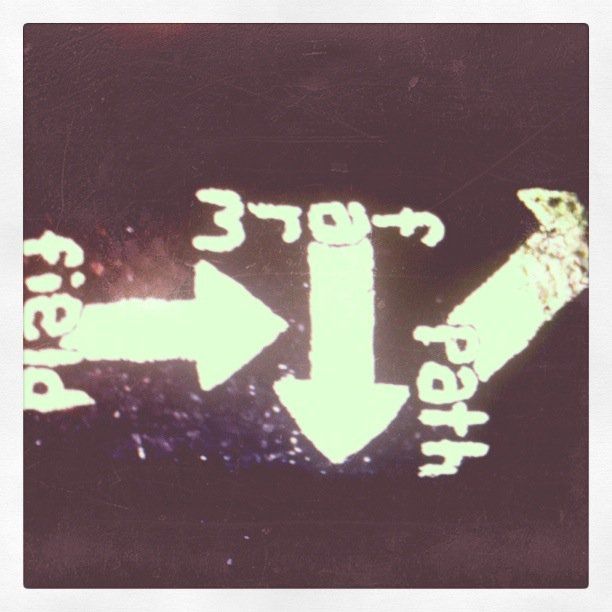 For someone who had so much to say about Glastonbury over the past year, I can’t say I’m doing a very good job of organising my thoughts about it now it’s been and gone for another year. It was my fourth festival and I’ve still come away with a feeling of having missed so much, having turned one corner whilst simultaneously leaving three paths undiscovered. I suppose that’s what keeps calling me back with such desperation each year – the desire to find more each time and to feel satisfied that I’ve experienced as much as I could (rather than falling asleep lots and feeling peaky in the mornings). However, despite the naps and the peaky mornings (which are unavoidable realities, I suppose), it’s still my favourite place I’ve ever found; a temporary city where everyone feels a mutual sense of privilege and pride. I’ve never found such mutual understanding and happiness anywhere else, which is why I hope my years are always punctuated by five wonderful days in June spent in those fields of Pilton, the most magical farm in the world. 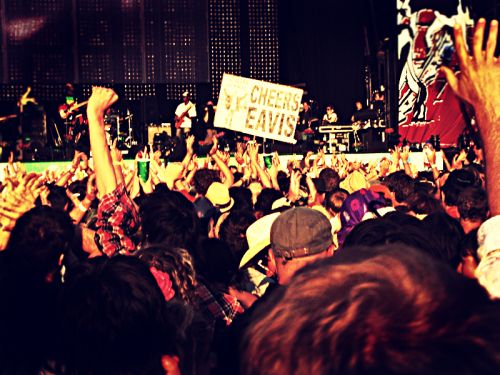 Hello. Just incase any of you were worried, I have indeed made it home from Somerset. However, I cannot say the same for my head and heart. They are suffering from a full blown case of Glastonbury jet-lag. Reality gets more difficult each year. I have spent the last few days trying to get my voice back and trying to get back into some sort of English time-zone and trying to muddle through the masses of photos – in essence, trying to cling on to all memories I can. Here’s a little taste of what I can remember (with thanks to my camera), but I promise there’s much more to come (not least the dispoable snaps which capture the quality of the air perfectly)…

Curious, isn’t it, how the sunshine can change your day? It’s the little things, like the fact that walking from shop to shop isn’t so daunting. I really hope the weather keeps itself up; cider in Somerset tastes much better when served with a dash of sunshine. Here’s hoping.

My thoughts at the moment are entirely preoccupied with Glastonbury. You know, which shorts to wear on which day and which drinks to drink in which order on which days. And that’s without the music. But now that it’s on my mind so constantly, I fear that the next 3 weeks will be the slowest yet. I’m just glad that the football will start soon and distract me, if only for a few minutes at a time. Speaking of which, how very exciting is the prospect of watching England on the Pyramid Stage….!

Here’s a picture I took in 2007. It pretty much sums up why I want to be there right now. 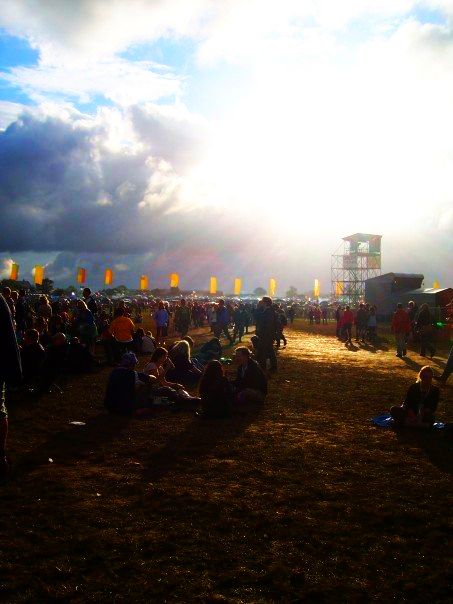